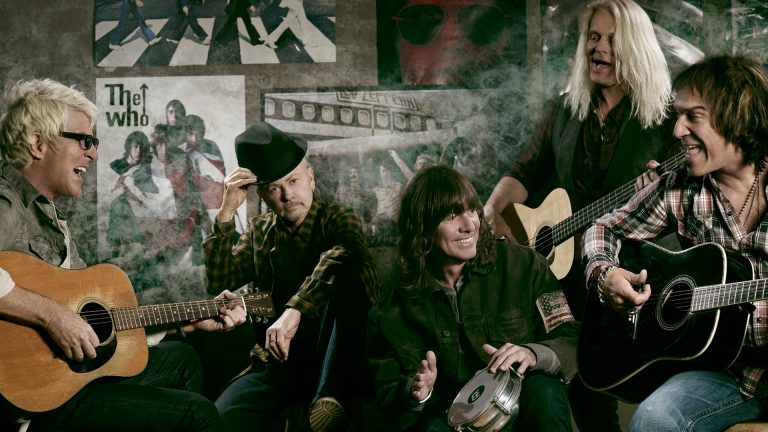 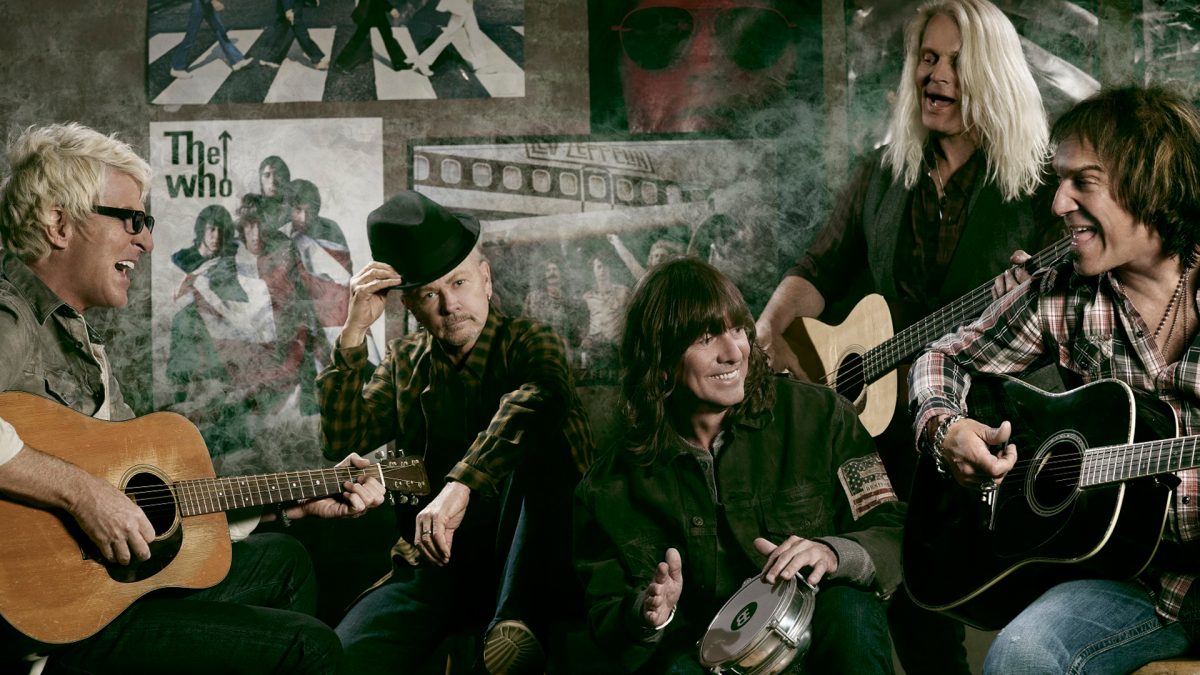 The REO Speedwagon show has been postponed. A rescheduled date will be announced at a later date. Tickets purchased for the show will be honored on the new date. For more information about refunds, click here.

Formed in 1967, signed in 1971, and fronted by iconic vocalist Kevin Cronin since 1972, REO Speedwagon is a band where the main constant over the decades is a never-ending desire to give their all to their fans, year in and year out.

Formed loosely in the late 1960s at college in Champaign, IL, REO (named after the precursor to the light truck) rode to gigs in station wagons, hopping from small gigs to even tinier gigs, just to get their name out. It worked, as fans quickly realized there was much more going on here than your average college party band.

By the early 1970s, the band’s unrelenting drive, as well as non-stop touring and recording, jump- started the burgeoning rock movement in the Midwest. It carved a path that was eventually followed by STYX, Kansas, Cheap Trick and more. Platinum albums and freeform FM radio staples such as “Ridin’ The Storm Out” followed, setting the stage for 1980’s explosive Hi Infidelity (received the Recording Industry Association of America®’s 10X Diamond Award for surpassing sales of 10 million units in the U.S.). REO rode the top of the charts with a RIAA-certified 22 million albums sold in the U.S. and 40 million around the globe, with a string of gold and platinum records and international hit singles.

In 1994, when many rock bands of their era had either broken up, or were feeling like their days were numbered, the REO team came up with a co-headline tour concept that breathed new life into the world of touring. The “Can’t Stop Rockin’” amphitheater tour featuring Fleetwood Mac, REO, and Pat Benatar was a huge success and blazed the trail for the very popular co-headline tours that are seen nationwide today.

Today, fully established with songs on the radio in every city and town they ever set foot in, REO Speedwagon still has that Midwest work ethic. The band has gone on stage and in the studio to work– dozens of albums, thousands of concerts, and countless radio spins. Their eyes have always been on the future and on the road – not a year has gone by where REO Speedwagon didn’t perform live, thrilling fans with hit filled sets.

The band’s younger fans might not realize the sheer impact REO has had on music and the culture of rock ‘n’ roll. Hi Infidelity’s millions in sales were fueled by massive hit singles such as “Keep On Loving You” and “Take It On the Run.” All these years later, the nearly ten-times platinum Hi Infidelity still remains a high-water mark for rock bands — the album spent 15 weeks in the #1 slot, a feat that modern artists can only dream of achieving.

At the center of REO’s desire to keep it rocking for the fans is Kevin Cronin, who looks like he’s found the fountain of youth–along with the secret to penning some of the biggest hits in rock. With bandmates Bruce Hall on bass, keyboardist Neal Doughty, Dave Amato on lead guitar and drummer Bryan Hitt, REO has remained busy since the band celebrated its 40th anniversary in 2007.

After an 11-year break from recording, REO Speedwagon released Find Your Own Way Home in 2007, marking the band’s 15th studio effort. Just two years later, REO teamed up with their fellow Midwestern rockers Styx to record the new single, “Can’t Stop Rockin’,” which was co-written by the two band’s frontmen, Cronin and Tommy Shaw.

Later that year, the tune became the title track for the Can’t Stop Rockin’ Tour, as REO Speedwagon hit the road with STYX and .38 Special to unite three of the hardest working bands in America. Sponsored by VH1 and Rock Band®, the tour was a recession-busting night of rock ‘n’ roll, offering the best value of the year. At the close of 2009, not only did the trio of bands end up being nominated for the “Most Creative Tour Package” by Pollstar, but they were also one of the highest grossing, most successful shows of the year.

In the summer of 2010, REO teamed up with yet another rock icon, Pat Benatar, for the “Love on the Run Tour,” which brought the songs of these two historic rockers to stages all across America. The “Love on the Run Tour” took fans back to the early ‘80s explosion of hits, when both artists ruled the Billboard charts with #1 and Top 10 positions for the better part of the decade. While on the 2010 tour, REO announced the release of a 30th anniversary deluxe edition reissue of Hi Infidelity.

In the spring and summer of 2012, REO linked up with Styx and Ted Nugent for the Midwest Rock N’ Roll Express tour. The trek kicked off May in Texas and crossed the country before winding up in New York in July. The title of the tour was a tip-of-the-hat to Illinois-bred bands Styx (from Chicago) and REO, as well as Nugent, who has his roots in Detroit.

Hot on the heels of that successful run, the Midwest Rock N’ Roll Express tour was back again in spring of 2013. The highly anticipated tour started on April 18 in Grand Forks, ND and hit more than 20 cites before wrapping in Burgettstown, PA a month later. During this tour, STYX and REO Speedwagon’s Rock to the Rescue charity organization not only raised thousands of dollars for local charities at each tour stop, but they also raised $108,000 which will go directly to the Boston One Fund, helping victims of the Boston Marathon bombings.

Live at Moondance Jam – the band’s hit-filled performance from the country’s premier classic rock festival, was released in both a Blu-ray and a deluxe edition (containing a CD and DVD in a glossy digipak) on November 19, 2013.

In December 2013, REO unveiled the band’s “Great Chicago Fire Hydrant” as part of a citywide Chicago public art installation project to benefit the 100 Club Chicago. Shortly thereafter, REO Speedwagon and STYX organized Rock To The Rescue Extends A Hand To Those In Need, a benefit concert for the central Illinois communities that were affected by the devastating tornadoes there. This concert raised in excess of $400,000.

Summer of 2014 found the band kicking-off a co-headlining tour of two legendary rock bands, REO and Chicago. Before the cross-country tour kicked-off Kevin Cronin said, “Can you imagine the Chicago horn section on ‘Roll With the Changes’? That would blow my mind!” That came to fruition as fans across the country had their minds blown by a multi-song encore that brought both bands onstage together to rock out on a series of their respective greatest hits. The tour was such a crowd-pleaser that aired on AXS TV. Chicago and REO Speedwagon: Live at Red Rocks had viewers singing along with “Riding The Storm Out,” “Free,” “Roll With The Changes,” “Does Anybody Really Know What Time It Is,” “Keep on Loving You,” and “25 or 6 to 4.”

Following another successful year of touring in 2014, REO Speedwagon lined up another round of shows which began in March of 2015. That REO tour, named “Family First,” kicked off with a sun-soaked date in Cancun, Mexico, before heading back to the U.S. However, this coast-to-coast run includes less shows than the usual (and very extensive) REO Speedwagon tours.

2016 saw REO Speedwagon on the road with Def Leppard. REO joined them in 50-plus cities across the U.S. and Canada. Following the Def Leppard tour, REO crossed the pond to join Status Quo for the end of their historic last electric shows called, “The Last Night Of The Electrics” tour.

In the summer of 2017, REO teamed up with Styx and Don Felder (Formerly of the Eagles) for the “United We Rock” U.S. summer tour. The tour played in more than 25 cities across the nation. Following that rock spectacular, REO spent the remainder of the year into early 2018 on their own headlining dates.

In the summer of 2018 REO Speedwagon and Chicago joined forces for a co-headlining tour of North America. The two hit-making bands rocked 30 cities along the run. In July, the members of REO Speedwagon were voted the top musicians in Illinois history by participants in the “Illinois Top 200” project, a part of the state’s bicentennial celebration. The band played the bicentennial party in December.